Strong Sales and Price Growth in May 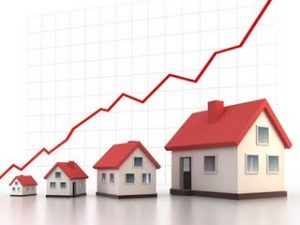 Greater Toronto REALTORS® reported 10,850 transactions through the TorontoMLS system in May 2012 – an 11 per cent increase over the 9,766 sales in May 2011. Sales growth was strongest in the ‘905’ regions surrounding the City of Toronto.

“Sales growth in the ‘905’ area code was stronger than growth in the City of Toronto across all major home types. While lower average prices are certainly one factor that has contributed to this trend, recent polling also suggests that the City of Toronto’s land transfer tax has also prompted many households to look outside of the City for their ownership housing needs,” said Toronto Real Estate Board (TREB) President Richard Silver.

New listings were up substantially on a year-over-year basis in May – rising by more than 20 per cent to 19,177.

“Strong competition between buyers seeking to purchase low-rise home types drove strong price growth in May. However, if new listings continue to grow at the pace they did in May for the remainder of 2012, the annual rate of price growth should begin to moderate on a sustained basis,” said Jason Mercer, TREB’s Senior Manager of Market Analysis.

Ilan Joseph is a Real Estate Broker with Sutton Group and is co-founder of a 10-person award-winning team Toronto real estate team. You can find him on Twitter and Google+. Over the past 10 years, Ilan has provided more than 1300 buyers and sellers valued advice and service to enable them to reach their real estate goals. He’s kind of like the Bruce Willis of real estate.