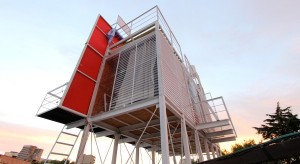 Hey Toronto, Would you live in a billboard house?

Hmmmmm – is billboard housing the future of city living?! Probably not (most definitely not). But the idea is pretty cool.

The Billboard House in Mexico City is a great example of this innovative style of housing. Designed by Julio Gomez Trevilla, the Billboard House was part of an art experiment/exhibit with illustrator and artist Cecilia Beaven.

The Billboard House was equipped with all the essential facilities and features, such as a shower, a toilet, a mini-kitchen, a bed, and a television (not really essential, but kind of nice to have if you’re living in a tiny box for any amount of time).

Beaven stayed in the Billboard House for 10 days. We assume Beaven didn’t spend her time catching up on Game of 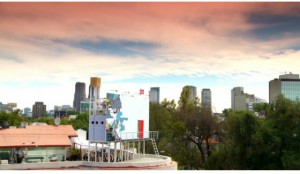 Thrones or Mad Men, since she set out to paint a mural over the entire surface of the billboard! Beaven dove into the project with no plan for the mural; she just based her painting off suggestions from her Twitter followers.

Is billboard housing worth pursuing? 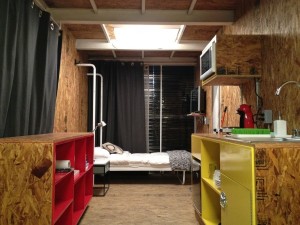 Maybe a few houses can be built around the billboards at Yonge and Dundas. That might work…you’re on the Yonge Subway line, there’s a theatre, a bunch of restaurants, the Eaton Centre…it could be fun.

Even though billboard housing may work at a few select sites throughout Toronto, it clearly isn’t a realistic solution to satisfy the strong demand in the city. Perhaps a few eccentric millionaires could pull some strings to get approval on their own little billboard homes for a second residence or something, but we don’t think this will be popping up in Toronto anytime soon. -source

Would you live in a billboard house?

If you have any questions about the real estate market in Toronto, Vaughan or Thornhill, feel free to contact me. 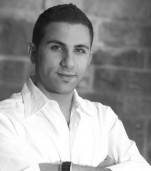 Ilan Joseph is a Real Estate Broker with Sutton Group and is co-founder of a 10-person award-winning Toronto real estate team.

For over 10 years, Ilan has provided more than 1400 buyers and sellers valued advice and service, enabling them to reach their real estate goals.