Thornhill, is a neighbouring suburb of Toronto with its southern border being Steeles Avenue. Located directly above Toronto city limits and wedged between Vaughan and Markham ideally situates the neighbourhood in the centre of the Greater Toronto Area. Thornhill is actually split in half and administered by the City of Vaughan and Markham, which each independently run their segments of the historic neighbourhood.

The half of Thornhill that is now the City of Vaughan, was settled after the end of the American Revolution in 1783. It wasn’t until after WW2 that the area saw a significant surge in population. 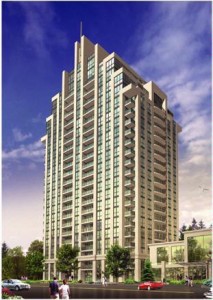 Since the early to mid-2000’s, there has been a surge in condos in Thornhill to accommodate the large number of families moving northwards from communities south along Bathurst St.

Thornhill-Vaughan is known for being a home to a significant proportion of Canada’s Jewish population and is home to dozens of Jewish schools and community centres. Within walking distance of most Thornhill homes is a synagogue, Jewish school or kosher restaurant. The area is also said to be a “micro-market” in the general real estate market due to its heavy concentration of Jews who view living within walking distance to Jewish establishments as a need more than a want.